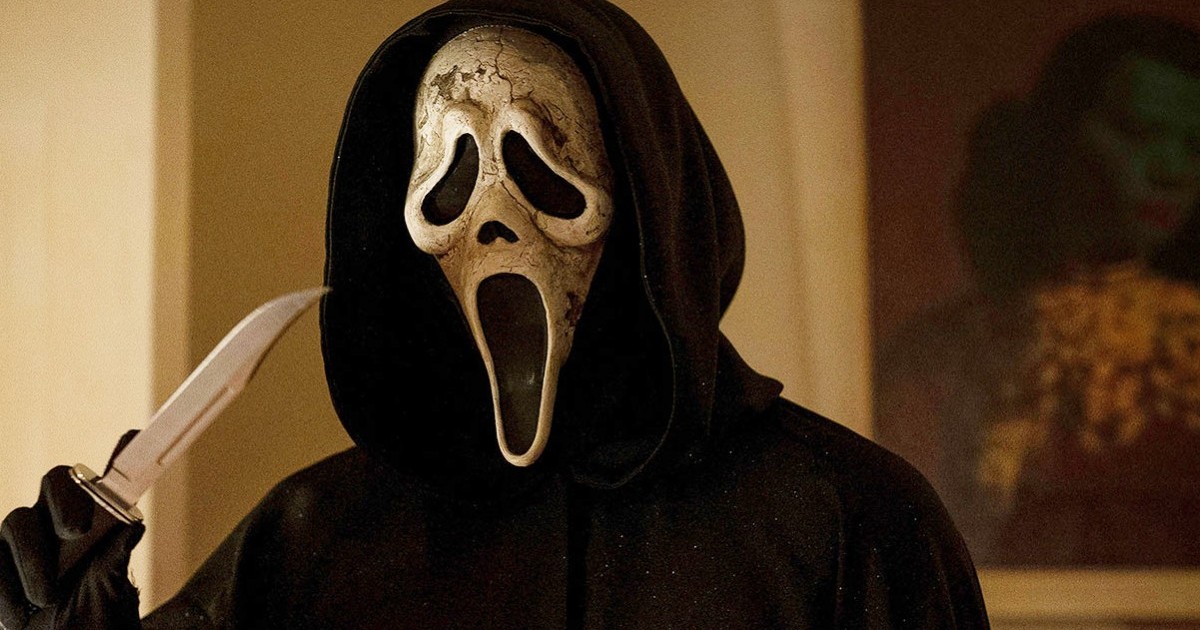 There’s no doubt that 2022 was a great year for horror films, with Scream, Barbarian, Smile, and Speak No Evil scoring not only with audiences, but critics as well. Even B movies like Orphan: First Kill and Terrifier 2 were better than they had any right to be, providing the slasher genre with a deep bench of highbrow and lowbrow hits for fans to choose from.

The good news is that 2023 promises to be no different. With M3GAN ruling the box office with her murderous TikTok dance moves, the horror genre is poised to reap even more success this year with a slate full of worthy originals, reboots, sequels, and adaptations. These films have the most potential to be just as good as their 2022 brothers and sisters.

You don’t have to wait long to see this one as it’s already in theaters and will debut on Shudder February 2. The Canadian horror film has a bare-bones plot: in 1995, two adolescent children awaken from a dream in the middle of the night to discover strange things happening in their empty home. Regular objects like doors and windows keep disappearing, their father is nowhere to be found, and the boundaries between reality and nightmares begin to blur.

Directed by first-time helmer Kyle Edward Bell, Skinamarink is a lo-fi affair shot on digital cameras with a thrifty $15,000 budget. What the movie lacks in polish, it more than makes up for in generating genuinely creepy vibes, as Bell utilizes shadows and silence to generate scares. While some have complained about the nonsensical plot and barely audible dialogue, Skinamarink is one of the few horror films that accurately reflects the experience of being trapped in a waking nightmare. See it before it becomes the cult classic it will inevitably be regarded as.

Knock at the Cabin (February 3)

Knock at the Cabin – Official Trailer

Who’s that knocking at the door? It’s M. Night Shyamalan, who is back with another mid-budget horror movie that is bound to unnerve you. In this one, the premise is simple: a young family (two dads and a little girl) decide to vacation in a remote cabin in the woods. They are soon visited, and quickly captured by, four individuals, who claim that they need to kill one of them to prevent the apocalypse.

Adapted from aPaul Tremblay’s award-winning horror novel The Cabin at the End of the World, the movie has all the hallmarks of a good Shyamalan movie: an isolated location, a high-concept premise, and a twist ending few will see coming. The movie’s cast, which includes Glass Onion‘s Dave Bautista, Hamilton‘s Jonathan Groff, and Harry Potter’s Rupert Grint, is intriguing, and if it can live up to the ominous trailer, Knock at the Cabin can join The Sixth Sense and Split as one of Shyamalan’s best works.

Yes, 2018’s septuagenarian gabfest Book Club is getting a sequel. You can’t get more horrific than that. Of course, we’re kidding, this isn’t a horror film, and we’re glad Jane Fonda is getting more work.

Not much is known about the forthcoming movie Cuckoo. Neon, the studio behind the movie, has only revealed that it centers on a teenage girl, played by Euphoria actress Hunter Schafer, who is forced to move with her family to a remote resort. We can only assume that it will follow the classic horror plotline of the protagonist finding out that things are not exactly what they seem.

We’re suckers for remote location horror movies like The Shining and The Innkeepers, and this promises to carry on that tradition of uncovering the things that go bump in the night. Along with Schafer, The Guest’s Dan Stevens and The Gray Man‘s Jessica Henwick round out the intriguing cast.

It’s hard to believe that the original The Exorcist was released on the day after Christmas in 1973. What’s more unbelievable is that there were lines around the block, with eager patrons waiting to witness a little girl stab herself in the groin with a crucifix, vomit pea green soup on a priest, and utter unspeakable things that would make the most jaded viewer blush. The rest, they say, is history. The movie went on to break box office records, earn 10 Oscar nominations, and become one of the defining movies of the horror genre.

After two sequels, two prequels, and a Fox television series starring Geena Davis (!), the original movie is finally getting the reboot/sequel treatment that other horror franchises have received in recent years. The creative team behind this endeavor is Halloween’s David Gordon Green, Danny McBride, and Jason Blum, who made the near-dead Michael Myers franchise come back to life at the box office. Not much is known about this one just yet, except that Ellen Burstyn, star of the original, is reprising her role as Chris MacNeil, mother to the unfortunately possessed Regan. That alone ensures we’ll see it opening weekend.

Last year, the Scream franchise was awakened from its 11-year slumber with Scream, a reboot/sequel hybrid that saw the original three stars, — Neve Campbell, David Arquette, and Courtney Cox — return to help a new generation of teens from being sliced and diced by a new Ghostface. The movie was a surprise hit (Scream 4 had been a dud) and since franchises never die, a sequel was quickly commissioned with most of the reboot cast returning (Campbell declined due to an insulting monetary offer, while Arquette isn’t returning due to his character, Dewey, meeting an unfortunate end in the last one).

Like the not-so-great Friday the 13th Part VIII: Jason Takes Manhattan, Scream VI takes place in New York City. The trailer showcases franchise fave Kirby (once again played by Hayden Panettiere) and a good use of Big Apple staples (Ghostface stalks the subways!) as the movie promises to do something different from previous installments. What that is exactly is still anyone’s guess, but the filmmakers are wisely leaning into what worked the last time (more Martin twins banter and Gale Weathers taking no prisoners) and capitalizing off the recent popularity of Wednesday star Jenna Ortega to make this sequel somewhat special. This movie could suck, but we here at DT are Scream fans, so we’re pumped to see it.