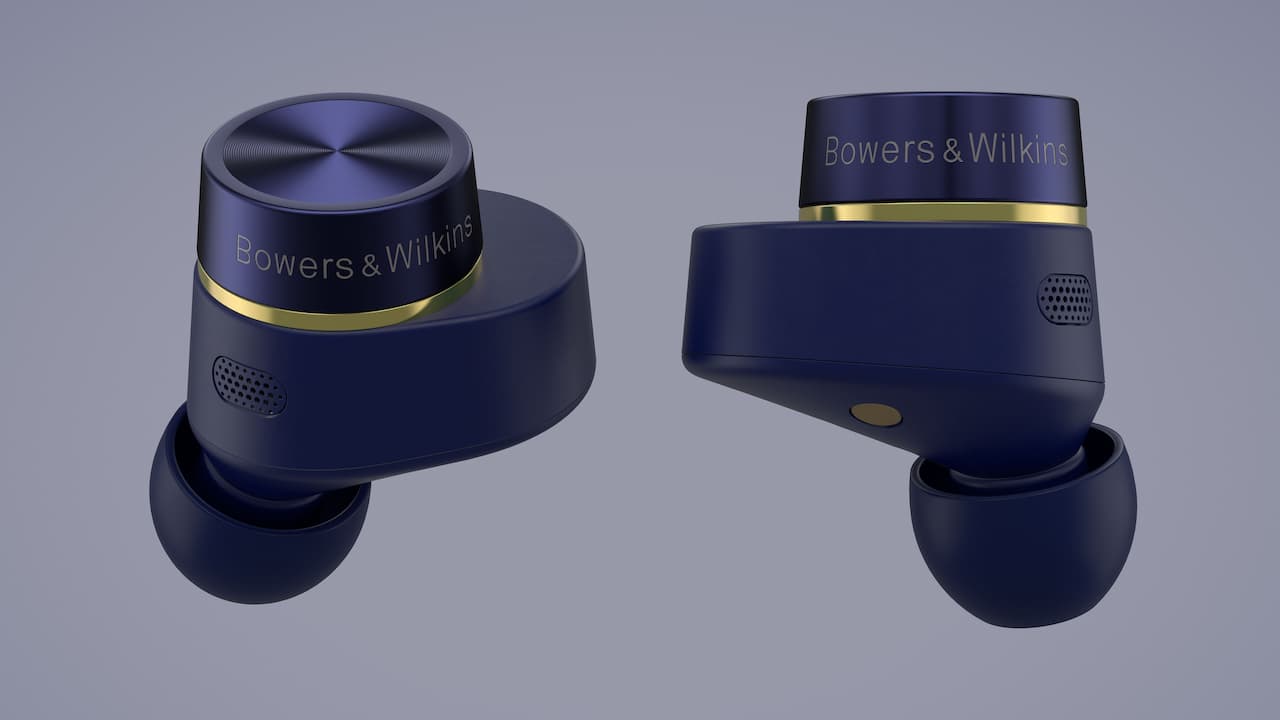 In April 2022, Bowers & Wilkins announced the Pi7 and Pi5 noise-canceling earphones. This was the first time B&W had entered the TWS (True Wireless Stereo) earphone market.

Building on the foundation of those models, B&W has announced new upgraded versions, the Pi7 S2 and Pi5 S2 that are intended to replace their well-received predecessors.

What Both Models Feature

Although a lot remains the same, the Pi7 S2 and Pi5 S2 provide some subtle improvements over the Pi7 and Pi5.

One Button Control: Both models include an easy-to-use one-button user interface.

Voice Assistance: In addition to one button control, these earphones also provide Siri or Google Assistant voice support, depending on the connected device.

Features on the Pi7 S2

The Pi7 S2 continues to offer Wireless Audio Retransmission, which was introduced in the original Pi7. This enabled users to connect to an external audio source – such as an in-flight entertainment system – and then retransmit audio wirelessly from that source to the earbuds, via the Smart Charging Case.

The Pi7 S2 also continues to provide Qualcomm® aptX™ Adaptive. This allows Hi-res audio to be transmitted from compatible streaming services and devices. 24-bit/48kHz wireless transmission between each earbud is provided.

Pi7 S2 features 9.2mm drive units, joined by a high-frequency “balanced armature” driver, with each of the four drive units (2 for each earbud) actively driven by its own amplifier.

Although the Pi7 S2 is the flagship, the Pi5 S2 also continues to offer great audio performance with TWS technology and a 9.2 mm driver in each earbud.

The Pi7 S2 and Pi5 S2 earbuds are available from bowerswilkins.com and select retailers.