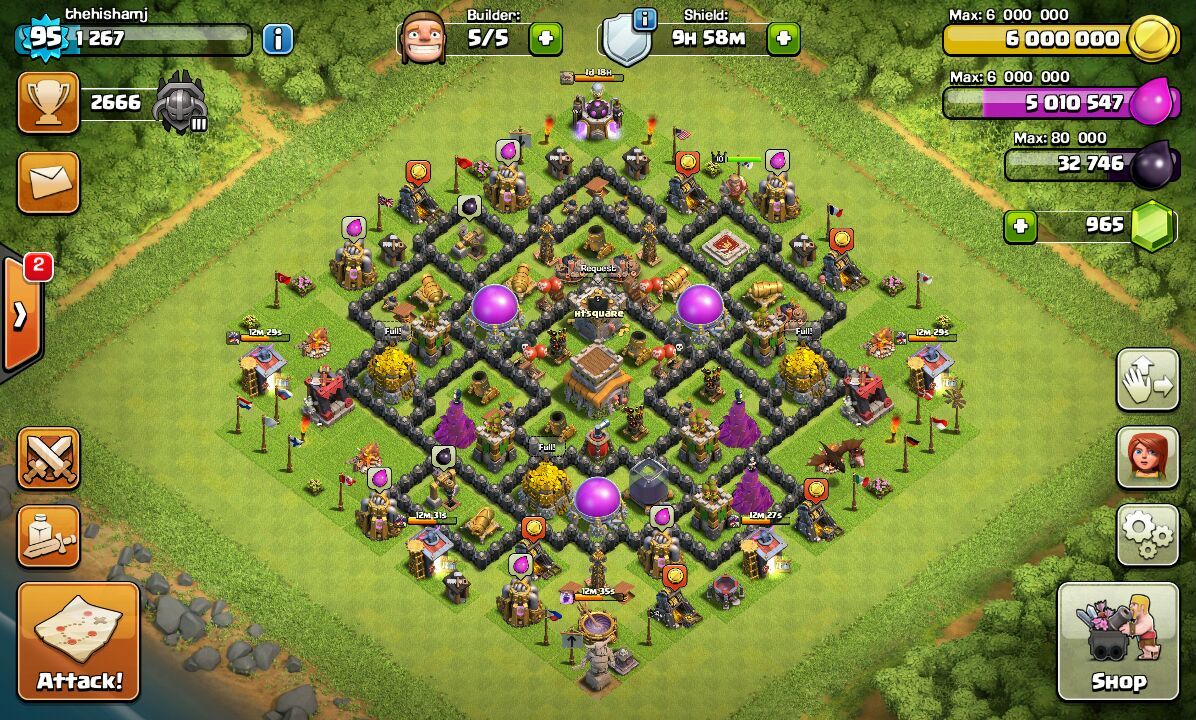 Clash of Clans the game

From ordinary barbarians and archers to powerful immortal heroes, in Clash of Clans the game, you have the resources to strategically build a mighty clan and be its noble leader. The game challenges you mentally, demanding patience, logical thinking and competitiveness. As you progress, it rewards you greatly for in-game achievements.

Created by Supercell, the game Clash of Clans is a free multiplayer game for iOS and Android devices. Being on the top in Google Play and in top 3 on the App Store, its popularity keeps growing more and more due to the addicting gameplay, which consists of training you troops and attacking other players to win gold and elixir. Using these resources to upgrade your defenses, heroes and buildings and to make them stronger, is the key to mastering the game. Though the game is free to play, there are gems at your disposal to speed up constructions if you don’t want to wait.

The building you can place in your base are four types, each having a different purpose. Defense buildings like Archer Towers, Cannons, Mortars, Wizard Tower and X-Bow, are the structures that protect your resources and your village from getting destroyed. Resource buildings are an easy way to mine and store gold, elixir and dark elixir. Upgrading the Town Hall increases your resource storage capacity and unlocks new structures. The Army buildings are essential. There you can purchase more troops and craft spells to aid you in battle. The fourth type of structures are mainly for decorations, except the Builder’s Hut. The more Builder’s Huts you have, the more upgrades you can do simultaneously. 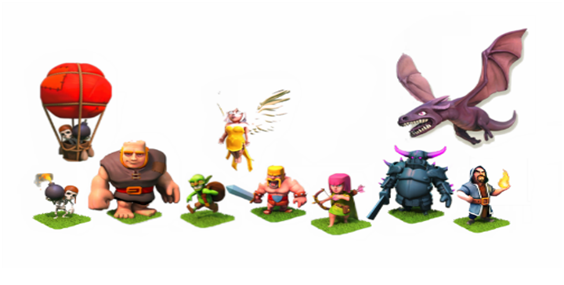 Your army has 3 tiers of troops. In Tier 1, you have Barbarians, Archers and Goblins. Barbarians, being the first unit that you can unlock in the game, are the brute force of your attack. Archers, naturally, are a range unit and are mostly used to support the Barbarians. And then, we have the Goblins…greedy little Goblins. This is good for you, though, because they go straight for the resources. Tier 2 consists of Giants, which are great for dealing with the opponent’s defense towers, the Wall Breakers, just as the name suggests, are used to bring down the protective walls, clearing the way for your other troops. In this tier you also have Balloons, they are your bomb-dropping air force. The final unit in Tier 2 is the Wizard. His ranged attacks can go over walls, just like the Archer, but instead of arrows he shoots fireballs. Moving on to Tier 3. Healers are there to do just that heal. The Dragon, a fearsome creature, is capable of attacking ground units and air units just as easily. Finally, we have the ultimate tank unit, the P.E.K.K.A. His only weakness is electricity. In a separate category you can get 3 mighty heroes: Barbarian King, Archer Queen and Grand Warden. They are, basically, buffed up versions of a normal Barbarian, Archer and Wizard. If they die in battle, it takes time for them to regenerate, but they are, in practice, immortal.

Now, deploy your army, plunder some goodies and be one of the Clash of Clans great commanders.