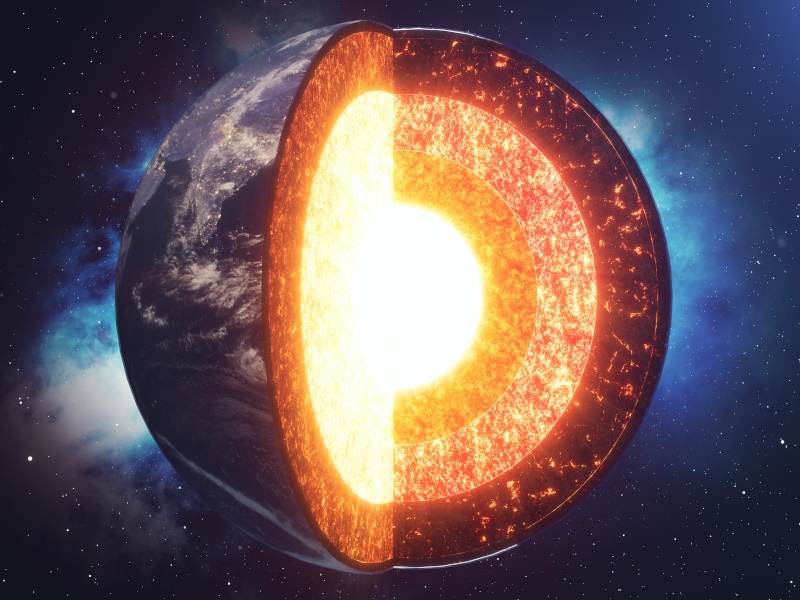 Researchers looking at seismic waves believe the Earth’s core may be in a 70-year-cycle where it spins in one direction and stops, before spinning in the opposite direction.

New research suggests the spinning of the Earth’s inner core slowed in recent years and at one point, may have stopped entirely.

It is widely believed that the Earth’s core exists roughly 5,000km beneath the Earth’s surface, having been solidified only 1bn years ago in the planet’s 4.5bn years of existence.

In the 1990s, scientists argued that this superheated core spins at a different rate to the rest of the Earth. Now, a study published in the scientific journal Nature Geoscience suggests this spinning changed in the 21st century.

Looking at the travel time of seismic waves stemming from earthquakes, the researchers came to the conclusion that the core’s rotation “paused” in roughly 2009.

The researchers, Yi Yang and Xiaodong Song of Peking University, believe that the core may be in a cycle of oscillation, where it spins in one direction, stops, and then spins in the opposite direction. The study suggests this spinning cycle occurs roughly every 70 years.

“If the oscillation model is correct, we expect that the inner core will keep rotating slower than the surface until the mid-2040s,” Song said in an email to Inverse.

The study is the latest of theories surrounding the Earth’s core and how it spins. A study published last year argues that the inner core’s spin appeared to be “nearly locked to the mantle before 2001 and after 2003”, with a sudden difference in rotation during this short time period.

Unfortunately, much of what we know about the Earth’s core is based on estimations, so there are multiple arguments surrounding the theory of the core’s rotation.

A study from 2019 argued that the rotation of the core isn’t a “reasonable or consistent interpretation” for observed changes in seismic data.

In 2019, another study on seismic waves suggested that the Earth’s core is capped with iron ‘snow’, which gave new clues about the forces that affect our planet.