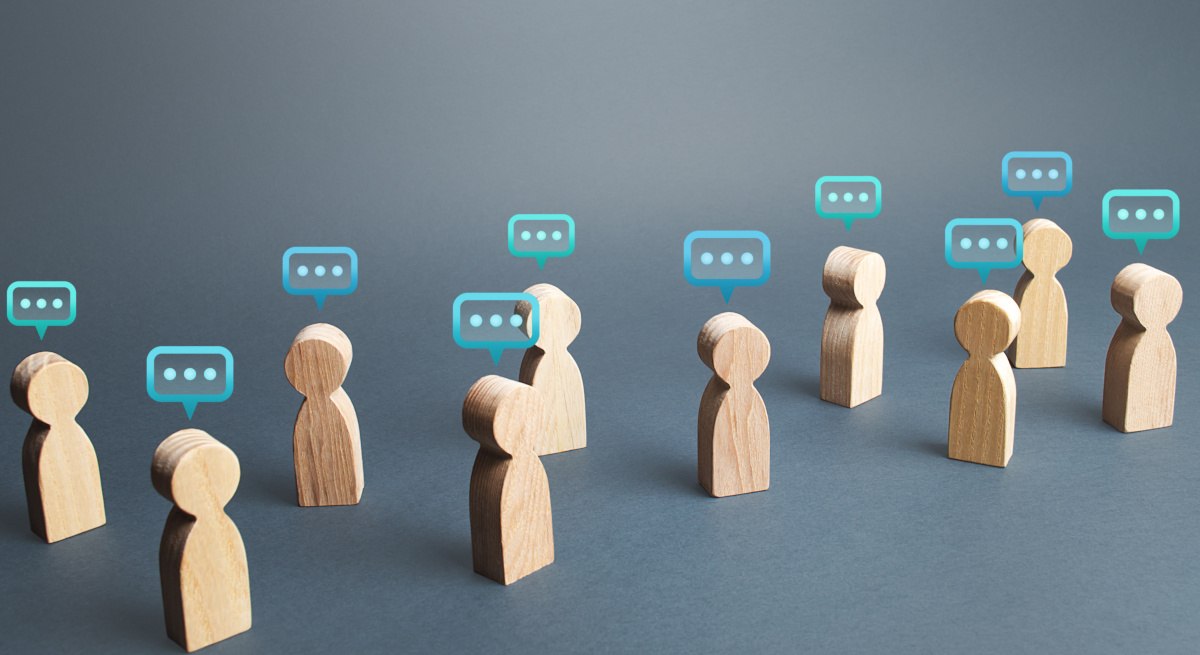 Dasha Kova and Jamie Schuppert of Web3 social media start-up Niche chat to SiliconRepublic.com about how they became Web3 evangelists.

A few years ago, Dasha Kova started getting interested in Web3. Like a lot of people working in tech adjacent industries she had a casual interest at first.

The more she found out about Web3, the more she realised its potential – and so she decided to steer her career in a new direction.

She joined the executive board of Niche, an ad-free, decentralised social media platform consisting of member-owned communities.

On the day she spoke to SiliconRepublic.com, Kova told us she had already had quite “a unique career”, even before she got into Web3.

“I started in fashion and then I also was doing advertising, and then for the last eight years I’ve been doing production. I was lead producer across commercial content, documentary, film, music videos and media/digital video.”

Sometime during the pandemic she founded her own company. “I’ve been travelling the world doing production for a long time, and I was in my own time starting to look into crypto.”

When Kova was reading about Web3 and discussing it with her network, she gradually found her interest in the nascent technology was more than passing.

She wanted to explore it professionally. Her friends were giving her recommendations of things to read and look into, which she did in tandem with her day job.

After a while, one of the co-founders of Niche, then a new Web3 social media start-up, was asking for her for content tips. Kova knew him already and she quickly got involved in the fledgling business.

She joined the executive board of Niche as head of content, a role she is currently very busy with. Niche is gearing up for its official launch this year, having released its beta version recently. As of a few days ago, the beta is open to the public.

Niche is very much a Web3 concept, with its take on social media. The platform is ad-free, decentralised, and aimed at member-owned communities – hence the name ‘Niche’.

Kova’s colleague at Niche, Jamie Schuppert, who is head of marketing, joined her to explain some of what the platform hopes to achieve.

Like Kova, Schuppert began her working life in the fashion industry. She quickly discovered she preferred tech marketing, but not just because the pay and benefits are better.

Prior to working at Niche, Schuppert played a big role in bringing dating app Bumble to the world. She spearheaded its marketing campaigns and found she enjoyed marketing a tech business and a start-up, which Bumble was at the time.

One of Niche’s co-founders, Chris Gulczynski, has a link to another popular dating app, being one of the founding members of Tinder.

Now, Schuppert is aiming to achieve similar success with Niche, although as both she and Kova maintain, it is not a platform solely for influencers in the traditional sense.

Unlike some of the established social networking platforms we’re familiar with, Niche will have ‘creators’ rather than ‘influencers’ and it will not have “any vanity metrics”.

It won’t be about competition or likes or finding the ‘it girl’ of the moment, they said. There are some creators coming on board as part of the very early stage launch of the platform, but their focus is on sharing “authentic content” with engaged communities.

Of the creators they have been dealing with in the lead-up to the beta launch, Kova said “They’re excited that there doesn’t need to be any advertising… There aren’t any sales. There isn’t really anything that’s going to break the conversation or break them out of what they want to talk about.”

“I think people are really glad that they have data privacy, that they own their own content and that they don’t have to advertise.”

Schuppert thinks there is going to be a shift in terms of content creators’ attitudes towards ads. She said that when she explains the concept of not having to post ads, some creators have a difficult time getting their heads around it.

She tries to avoid confusing creators with Web3 buzzwords like ‘blockchain’,’ crypto’ and ‘decentralised’ preferring to simply explain the benefits of the platform. This is an approach that works, she said.

“It’s interesting because when we take out the technology portion of it – it’s like trying to explain how the internet works. You don’t need to know how the internet works, but if you explain what the benefits are, that’s when you start getting the interest and people understand what you’re talking about.”

Luckily, there is a gap in the market for hobbyists, which Niche is intending to address. As Kova and Schuppert pointed out, traditional social media platforms like Instagram are made for individuals rather than communities.

According to Kova, the communities aspect is very important to everyone on the team – and they believe that Web3 serves this well.

A brief look at Niche’s website shows a variety of different communities, from a barre group in Chicago and Star Wars collectors in Yosemite to a CrossFit league in Beijing and a motorcycle squad in Berlin.

Although the Web3 community overall took a bit of a knock to its reputation following the massive FTX fallout, Kova and Schuppert are adamant that the tech can be used safely and positively.

Kova pointed out that Web3’s newness represents a great opportunity for women and minorities to get involved in shaping it, rather than having to conform to pre-existing norms.

“We’re seeing it more and more, a lot of women just claiming space in this industry. And we see them at the company and we hire very consciously for diversity and for female identifying individuals. We currently have almost double the women to men in our company, which is huge.”

Advice for the Web3 curious

So, what advice do Kova and Schuppert, as women in leading positions in Web3 have for others who want to break into the sector?

“Try to get as much experience as you can,” said Schuppert, adding “I don’t think people could have learned too much about Web3 at this point in school because it is so new.”

“I would say interning or finding experience wherever you can and maybe dabbling a little bit in crypto, but be safe about it.”

Kova agreed with Schuppert, adding that if you’re interested in exploring Web3 you should “bet on yourself”.

“Don’t be afraid to take risks and pursue the things that excite you. If you’re doing something that excites you, and you’re considering making the switch, or what else, maybe start out doing it in a part time capacity,” she said.

Both women recommend a community for Web3 enthusiasts and learners alike called BFF. And they say that they are constantly learning about new Web3 features themselves within Niche.

Said Kova, “I think people shouldn’t be afraid to not know because most people don’t know and we’re still learning. And we don’t have all the answers and obviously that’s possibly also the volatility of the market… everyone’s still learning the market, still figuring it out.”